I’m back to writing my equivalent of the many ‘Hottest Men’ lists  we’ve seen out there. The men featured will be intriguing, of course, but this time with more substance than the usual.  Here’s a one of them!

Picture this – you’re meeting with a Hollywood movie producer and you’re telling him about struggles you’ve had in your career. Let’s say you’re trying to make it in Hollywood. You tell him about the problems, and then, you pause for his advice. You probably expect him to follow up with the in and outs of making it in Hollywood; or maybe connect you with his network of ‘VIPs’. But instead, he leans in close and asks you, “What has God told you about this?”

Not expected, right? Welcome to a counseling session with DeVon Franklin – a Hollywood producer whose work has brought us films like The Karate Kid, Jumping the Broom, and Sparkle. DeVon’s got quite the resume, but look deeper and you will see that there is much more than meets the eye. He is also a passionate preacher, who uses his unique life journey to preach before various audiences, including Oprah’s Life Class. DeVon is currently a producer at Sony Entertainment. To boot, he has creatively penned his career journey in his book, Produced by Faith.

Naturally, questions arise when you come across a man like DeVon. How does one go into Hollywood at a young age, and quickly rise to high ranks? And not only is he bold about his faith in Christ, but he is also an active preacher despite a hectic schedule. DeVon’s an oddity on different levels: an African American in an industry with little diversity; a young man working side by side with Hollywood’s older top dogs; and an unabashed Christian in the trenches of Tinseltown. How does this happen?

I read DeVon’s book, Produced by Faith, so that I could view life through his lenses. I learned quite a lot – but the high note for me was this: Regardless of my dreams and aspirations – the places I want to go, the industries I want to reach – I can achieve great success without compromising who I am as a Christian. In fact, that’s where my advantage lies. I’ll put it in DeVon’s words: “…business (for him, Hollywood) is probably the last place most people expect to find a young Christian visibly expressing his faith while progressing in his career. But the truth is that not only has relying on my faith not harmed my career prospects, it has actually enhanced them.”

This is coming from a man who would not accept his first job in Hollywood without telling his interviewer that he does not work on the Sabbath. A hard thing to do – but DeVon has stayed true to his commitment to God. Years have past since his first years in Hollywood, and the commitment remains. Ask anyone on the set of The Karate Kid. Though they were filming in the trenches of Asia with millions of dollars on the line, DeVon would still take his Sabbath so he could spend time with God – and the set complied.

Now, I’m not trying to paint a perfect picture of DeVon’s life. Choosing to walk the straight and narrow in Hollywood must have its challenges. But so far, he’s found a way to make it work – and make it work well.

The Morning I Wept

Ask a Chicago Bears player what he thinks about Brandon Marshall as a team ... 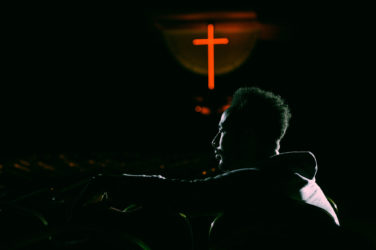 I saw this video about Makoto Fujimura, a contemporary artist whose faith inspires his ...

Just a quick message to anyone who needs a boost of inspiration. I was ... 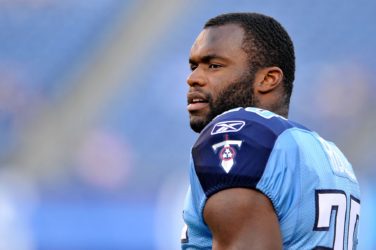 A lot of us are familiar with series from popular magazines like the ‘Top ...