Ask a Chicago Bears player what he thinks about Brandon Marshall as a team mate, and nine times out of ten, you would likely hear him credit Brandon Marshall’s passion to lead his team for the win. The Bears wide receiver, also known as ‘The Beast’, is a leader with heart. But his history in the NFL has not always been so commendable. That’s why I love Brandon as a feature for ‘Great Men.’ He doesn’t carry an image of a squeaky clean man who’s always gotten it right. Rather, his is a story of a diamond in the rough who has managed to turn his pain to gold.

on is inducted into the NFL with the Denver Broncos and begins a whirlwind experience in the NFL. He proves to be a machine on the field, building a reputation as a tough player to tackle down. But off field, things happen that do not color his persona so positively. Year one to year four in the NFL are marred by legal woes for Brandon. One occasion involved a DUI. Another occasion in the following months involved domestic violence charges that resulted in jail time. Yet another involved an incident that resulted in the death of a teammate.According to teammates, Brandon also began to display erratic behaviors on the field that appeared like outer body experiences. At a certain point, supporters were ready to throw in the towel on Brandon’s future in the NFL. It seemed like a story of a bright young star gone wrong, but an explanation came when Brandon sought help. In 2011, Brandon announced that he had been diagnosed with Borderline Personality Disorder (BPD). This, according to the sports star, fueled the fire behind his exhibited behavior.

And here came the heroic moment. Upon learning about the disorder, and developing mechanisms to cope with it, Brandon decided to use his platform in the NFL to shine a light on mental illnesses. With his wife, he started the Brandon Marshall Foundation, a non profit organization dedicated to spreading the word about mental health and advocating for millions suffering from mental illness. This was a bold decision, despite warnings from others about possible scorn he could get for deciding to be the face of a mental illness.

It didn’t matter. Prior to being diagnosed with the illness, Brandon had lived as a product of his environment, having had a tough upbringing in the inner cities of Pittsburgh. These days, however, he is dedicated to leaving a unique legacy as a football star, and also as someone spearheading a battle against mental illness.

There’s more to Brandon than football and philanthropic work, although those two in themselves are major. There’s also life as a husband and father to be; there’s life as a mentor to young athletes; and there’s life as a man of faith, being transformed as he grows in his walk with God. The story was dark in the past, but looking at Brandon’s life now is like taking a breath of fresh air.

RISE Conference 2018 was a night of revival!  The annual Godkulture conference took place ... 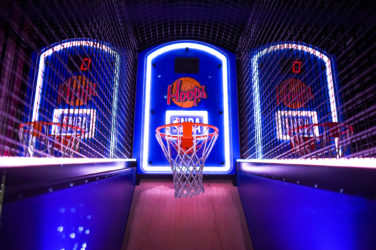 Just a quick message to anyone who needs a boost of inspiration. I was ...

Introducing the GODKULTURE CONFERENCE 2018 formally knows as FIRESTORM! Save the date and get ...

A lot of us are familiar with series from popular magazines like the ‘Top ... 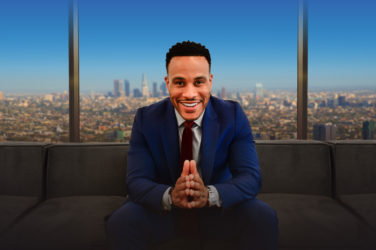 I’m back to writing my equivalent of the many ‘Hottest Men’ lists  we’ve seen ...

Of Kings and Kingdoms

The kingdom and the arts The kings of old had absolute power. People ...