I write, just pondering on the little things God does for me that are oh so sweet; the things he does that make me giggle to myself like a little girl when I think about them.

I remember a week when I was at the airport, heading back home from a work week out of state. As I headed out of the building, eager to get home, I kept slipping and falling out of my shoes. Annoyed, I thought to myself, “I really need to get new flats.” In fact, that whole week, I had been stuggling with those same shoes everyday as I walked to work. When I got home, I met a box of shoes waiting for me – black, patent leather Calvin Kleins. My mom had bought them for me, just because. Clearly, God had something to do with that.

That’s not the first time God’s pulled a stunt like that with me. Earlier this year I was walking around with a pair of flats I had owned for about three years — they were quite junky. I had money to buy new ones, but somehow I didn’t have time to go out shopping for them. I guess I just didn’t prioritize it high enough. Sitting in the car with a friend one day, she said to me: throw them away and God will provide. I did just that. A few weeks later, I got new shoes as a gift. Three new pairs of shoes for a pair junky flats. I think l like that kind of math.

On another week, I had gotten to the point where my work required me to travel with two laptops. As it was, my handbag couldn’t hold both laptops; so I made a note to myself to get a new handbag – something big and stylish, but strong enough to hold my laptops and books. I cringed a bit because I knew the type of bag I would want would carry a huge price tag. But just a few weeks later, I got a present in the mail from my uncle – a huge, black Italian leather bag. Once again, just because. I smiled at the bag and whispered to God, “thank you”. Such a timely gift.

Another Thursday at the airport. This time, it was a rough night in Chicago. Everyone’s flight had been cancelled or delayed, and the airport was crowded. I was tired. As I lugged my suitcase, and laptops through the airport, I had thought to myself, “you know, I wouldn’t mind a plate of good ole white rice and stew tonight…and a plush couch to enjoy it on.” I got home, and met my mom in the kitchen. She said to me: I’ve left some rice out for you. I’ve also warmed up some stew. Go eat in living room; enjoy yourself. I got the food, located the plush couch in the living room and I did just that. Sweet right?

No Excuse To Be Bored

This is How A Gal Dresses

I was at work a few weeks back, and I saw a glass sculpture ... 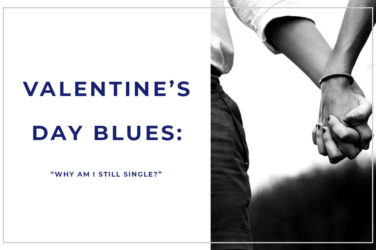 Valentine’s Day Blues: “Why Am I Still Single?”

And then, it was February…Once again, we are gearing up for that day in ...

I want to ask a question that I had to force myself to answer ...

I am looking at images of a life gone by – pictures of her ...

Chronicles of a Bride to Be: The Makeover

Continued from Chronicles of a Bride to Be “There was a time I was ...

Wasting Time on the Right Things?